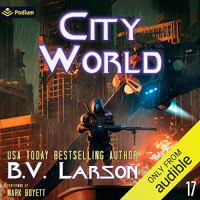 Earth’s entire fleet and all her legions are conscripted by the Galactics. Centurion McGill of Legion Varus is among countless troops pressed into service as cannon fodder for the Empire.

Not everyone on Earth is happy with the demands of the Galactics. Earth has built up her military for decades, and now she might lose everything in a foreign war no one understands. As the man who has killed more Mogwa than any other human in history, McGill is approached and given a mission. He has a fateful decision to make. Will he serve Earth’s overlords faithfully, or will he assassinate the arrogant alien leaders?