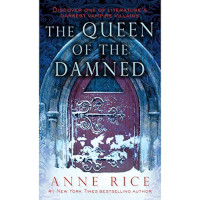 Finished “The Queen of the Damned”.

In 1976, a uniquely seductive world of vampires was unveiled in the now-classic Interview with the Vampire . . . in 1985, a wild and voluptous voice spoke to us, telling the story of The Vampire Lestat. In The Queen of the Damned, Anne Rice continues her extraordinary “Vampire Chronicles” in a feat of mesmeric storytelling, a chillingly hypnotic entertainment in which the oldest and most powerful forces of the night are unleashed on an unsuspecting world.