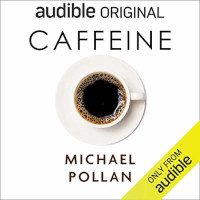 Pollan takes us on a journey through the history of the drug, which was first discovered in a small part of East Africa and within a century became an addiction affecting most of the human species. Caffeine, it turns out, has changed the course of human history - won and lost wars, changed politics, dominated economies. What’s more, the author shows that the Industrial Revolution would have been impossible without it. The science of how the drug has evolved to addict us is no less fascinating.