I’ve been using the terminal theme, but I wanted to learn more about Hugo and how to create themes. Also I’ve been wanting to change to a more minimal theme.

I came across the hugo-classic theme, and while trying to customize it I decided to give it a go, fork it, and make it my own. I also used the terminal theme as inspiration.

This is my notes on how I did it and how it turned up. You can find my Simple List theme on GitLab.

This is a very quick list of steps I took to create my theme.

Next I talk a little about some the changes I made.

I kept the base structure and the README file. Reviewed the instructions to match my testing of creating a new site.

For the site customization I kept only the style.css file.

I tried to simplify it and added some tweaks based of the terminal theme. I will probably continue to add some tweaks, specially while I learn more about some css ‘stuff’.

This is where the .html files are kept to define how the site is to be generated.

I tried to simplify it, reducing the number of files and adapting it to my preference. I also added a ‘rss.xml’ file to add support to the ‘description’ property in the post files.

Still a lot to learn about Hugo, so I will probably keep on making more changes.

I kept the base examples, but reviewed the ‘config.toml’ file as to be a good base for all the features this theme have.

Although is not required, I removed my old theme before adding the new one.

Remove the submodule for the old theme from the .gitmodulesfile:

Also remove the old theme from the .git/configfile:

Unstage and remove the old theme:

And that was it. In the meanwhile I added some new tweaks and have some others to do and to fix. 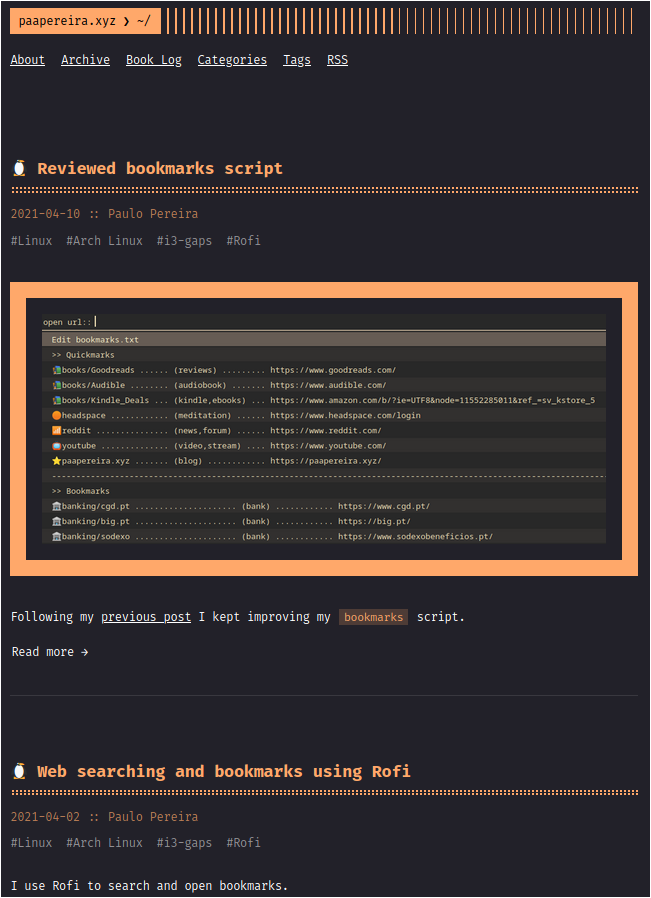 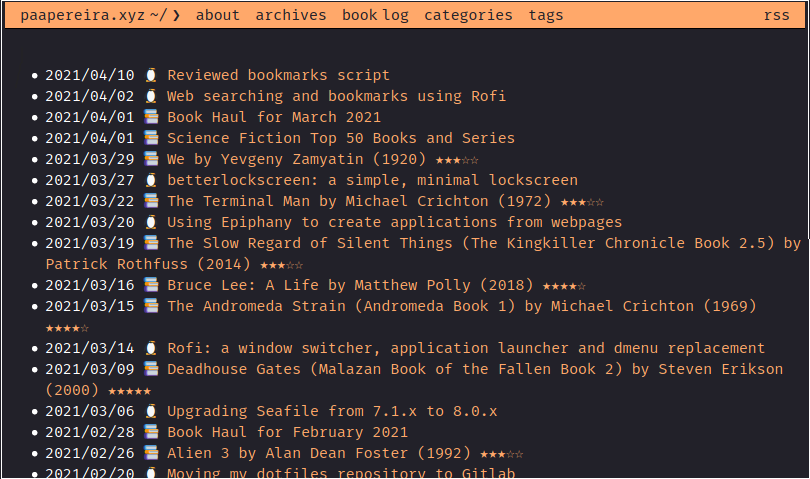