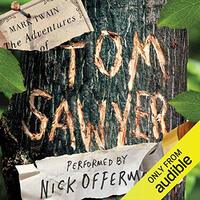 Finished “The Adventures of Tom Sawyer”.

With The Adventures of Tom Sawyer, not even Twain could have known that when he introduced readers to the inhabitants of the fictional town of St. Petersburg, Missouri, he would also be introducing two characters - one a clever and mischievous scamp, and the other a carefree, innocent ragamuffin - whose stories would ultimately shape the course of American literature. But whereas its sequel and companion piece, Adventures of Huckleberry Finn, would harken an end to childhood, the story of Tom Sawyer is one that depicts the excitement and adventure of boyhood along the Mississippi.