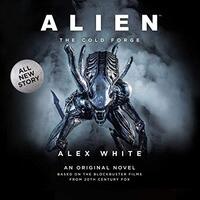 A dramatic new Alien novel, as Weyland-Yutani seeks to recover from the failure of Hadley’s Hope, and successfully weaponize the Xenomorphs.

With the failure of the Hadley’s Hope, Weyland-Yutani has suffered a devastating defeat–the loss of the Aliens. Yet there’s a reason the company rose to the top, and they have a redundancy already in place. Remote station RB-323 abruptly becomes their greatest hope for weaponizing the Xenomorph, but there’s a spy aboard–someone who doesn’t necessarily act in the company’s best interests. If discovered, this person may have no choice but to destroy RB-323… and everyone on board. That is, if the Xenomorphs don’t do the job first.