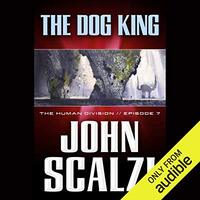 CDF Lieutenant Harry Wilson has one simple task: Watch an ambassador’s dog while the diplomat is conducting sensitive negotiations with an alien race. But you know dogs - always getting into something. And when this dog gets into something that could launch an alien civil war, Wilson has to find a way to solve the conflict, fast, or be the one in the Colonial Union’s doghouse.