Finished reading “The Chimes: A Goblin Story or Some Bells That Rang an Old Year Out and a New Year In” by Charles Dickens, first published in 1844. 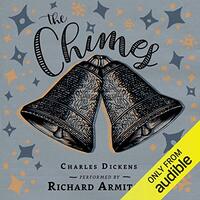 This classic story is the second in a series of five Christmas books Dickens was commissioned to write - beginning with A Christmas Carol. A haunting tale set on New Year’s Eve, The Chimes tells the story of a poor porter named Trotty Veck who has become disheartened by the state of the world - until he is shown a series of fantastical visions that convince him of the good of humanity. Though much different from and certainly a bit darker than A Christmas Carol, the moral message of The Chimes is equally poignant - touting the importance of compassion, goodwill, and the love of friends and family.