Evernote doesn’t have a Linux client :( (not cool)

Still, it is a great service and I use it every day both for personal and professional ends. I use it in my work Windows based laptop and in my Android devices.

I use Everpad and it’s a really great alternative to a proper client and it as Unity integration. Great!

Still a client is very handy, and with Wine you can use the Windows client in your Linux machine.

For this post, and for getting screenshots I’m using a virtual machine with Ubuntu 12.04 LTS and PlayOnLinux 4.0.14. I had some problems in my Ubuntu 12.10 installation with PlayOnLinux 4.1.8. More on this at the end of the post.

You can download PlayOnLinux from their website (at this moment the latest release is 4.1.8) or you can install it using the following command:

This will install PlayOnLinux 4.0.14.

When you open PlayOnLinux for the first time it will create a default wine drive. Just click Next.

After refreshing you will notice that on the bottom there’s a note saying that there is a new version of PlayOnLinux. Ignore it for now. If you still want to install it, go to their website and install If you have problems ending the Evernote installation check at the end of this post how you can manually finish the installation.

Then open PlayOnLinux, and go to Configure. 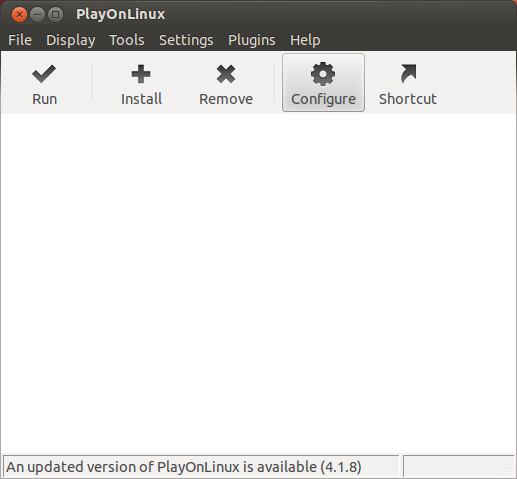 Click on the New button to create a new virtual drive called “Evernote”. 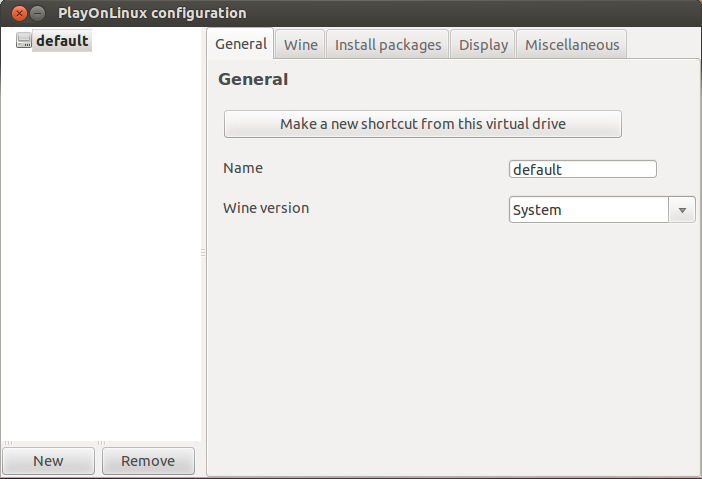 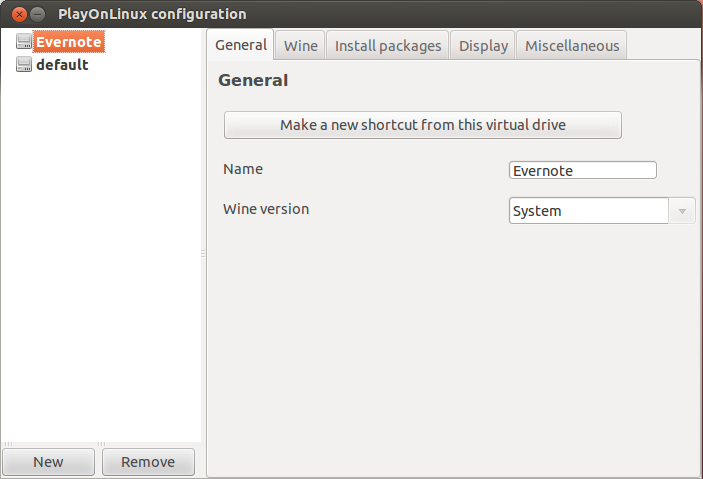 You now have a specific virtual drive for Evernote

After that click on the Install button in the main screen, and select “Install a non-listed program” in the bottom. 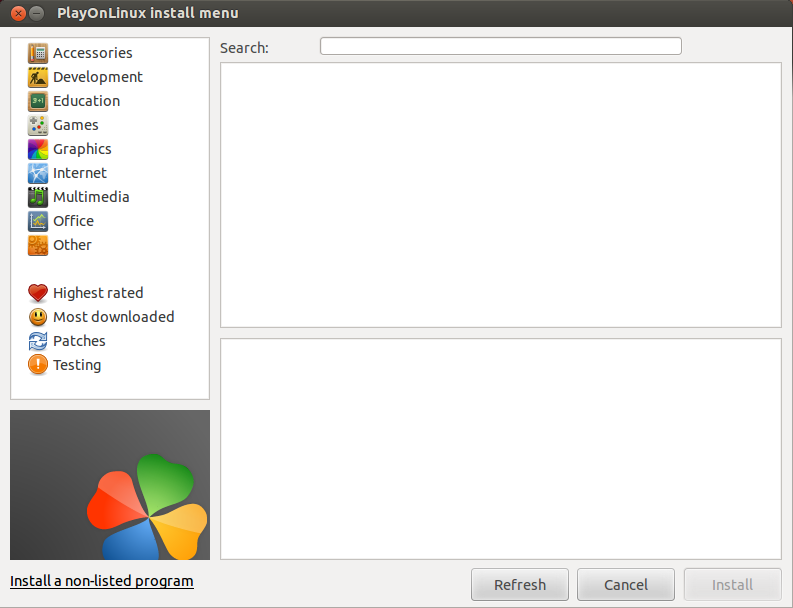 Select the options as the following images. 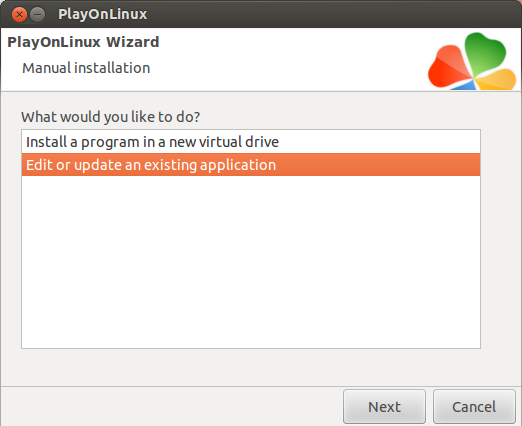 Select the “Edit or update an existing application” option 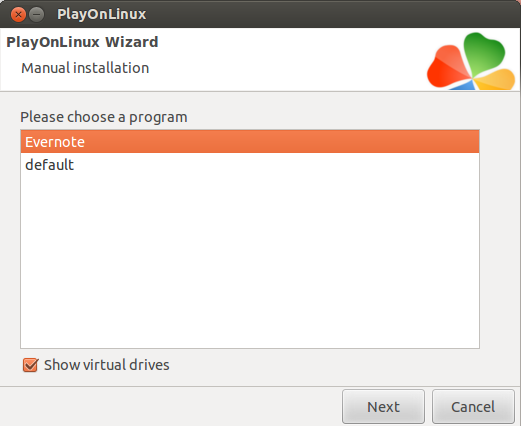 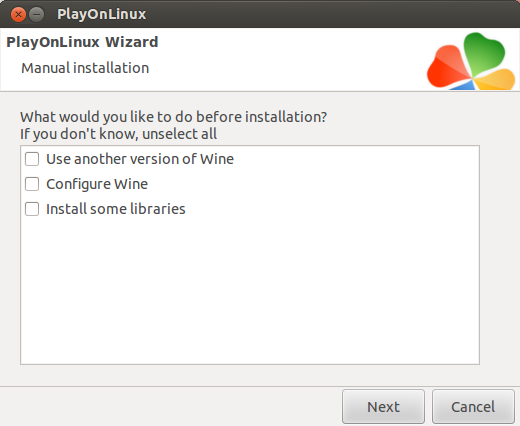 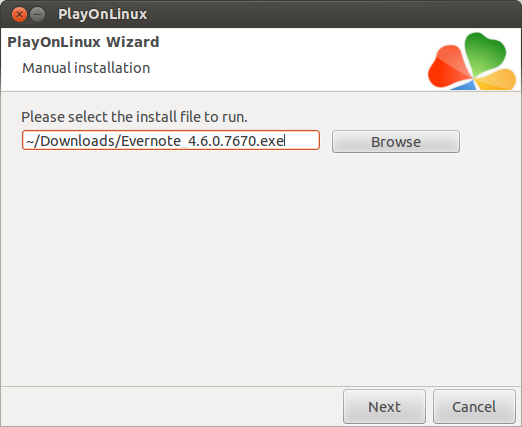 Install Evernote as you would in a Windows environment. 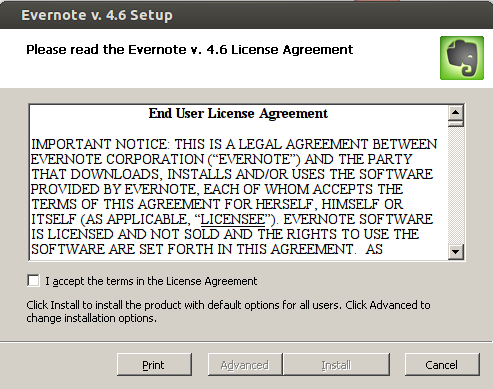 Install Evernote as in Windows 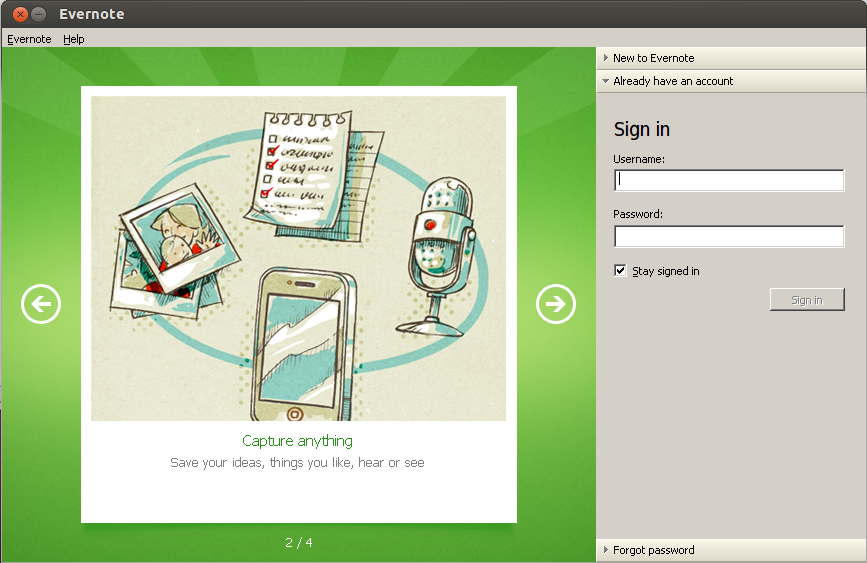 Close Evernote and in the PlayOnLinux screen select the Evernote.exe file and name it Evernote. This will create a shortcut. 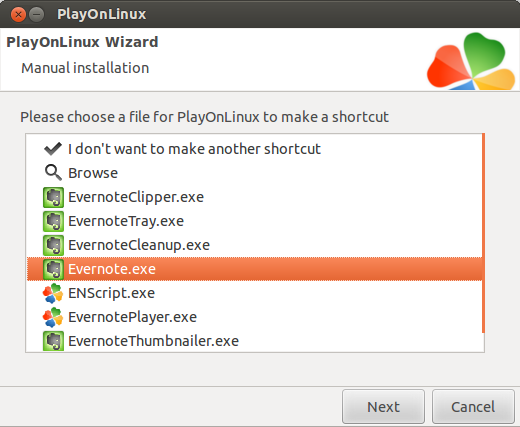 Select “Evernote.exe” to create a shortcut

That’s it. Evernote is installed. 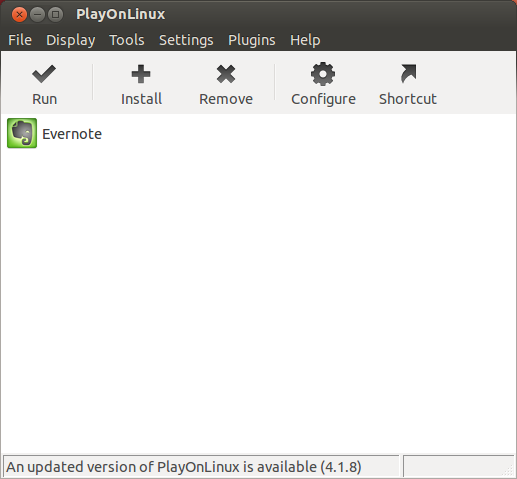 A shortcut to open Evernote is created in the Desktop. Keep it there or move it to another place. You can also drag it into the Unity bar. 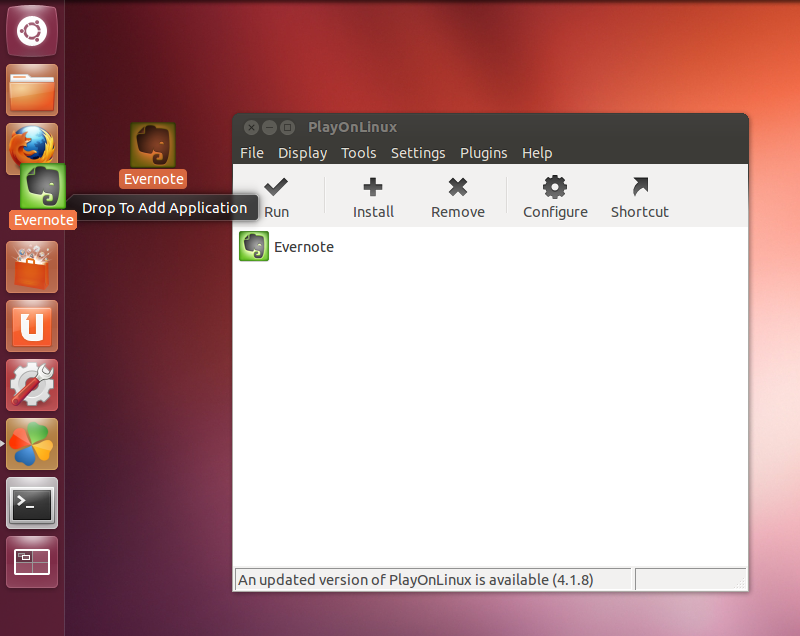 Drag the shortcut to the Unity bar

Now you can easily use Evernote as if it was a Linux application. 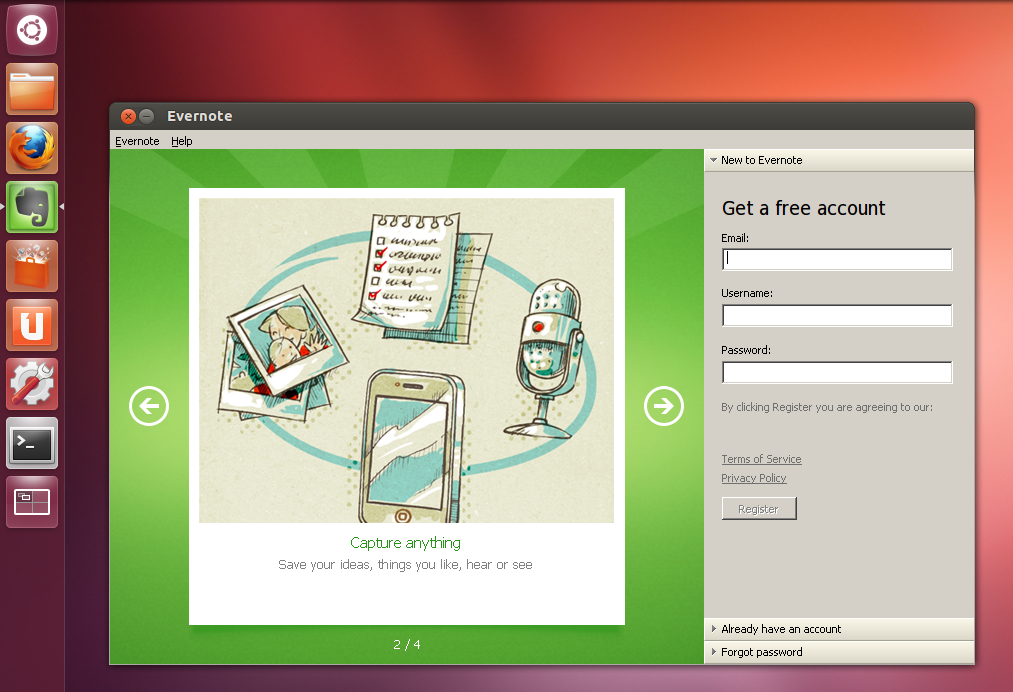 Evernote launched from the Unity bar

In my actual setup (Ubuntu 12.10 and PlayOnLinux 4.1.8), before the step where we choose the “Evernote.exe” file to create a shortcut, PlayOnLinux seems to stop. It never shows me the screen to choose the exe file. My only choice is to close the screen and Evernote doesn’t appear on PlayOnLinux main screen. Still, apart from the shortcut, Evernote was installed!

Here’s how I solved it: